Choose how to feel well, in sickness and in health.

Is wellness an option when life is so unpredictable, health can no longer be assumed, and everyday challenges and obstacles abound? How do we choose?

We believe that wellness can always be enhanced.

Un-sick is not the same as healthy. Well-hidden problems could be developing, or we might have unknown weakness and illness in our body, which only reveal themselves when our health is already out of control.

Only an optimal, total wellness way of life that keeps us physically, mentally, emotionally, and spiritually fit throughout life can enrich us in health, and also prepare us to combat illness when it happens. Wellness is so much more than health.

Find the way to wellness.

Health is not a given. And like life from birth to death is a process, wellness is also a continuum. Health and wellness must, therefore, be sustained through daily actions.

We need clear direction and reliable information to achieve this. But where do we find it?

The media is abounded with health information. We are bombarded with it in advertising. Scientific findings are widely published, but they are difficult to understand. With so many voices and opinions available, how do we decide what’s best for ourselves and our family?

We need a trusted partner in our journey towards wellness. Where information is researched, referenced, and easy to understand. Where conflicting views with scientific evidence are presented and explained.

Where simple, engaging and useful information leads to knowledge and action.

Our mission is to empower people with the health knowledge to choose how to feel well, in sickness and in health.

Our purpose is to facilitate informed decisions and actions that sustain the total, optimal daily wellness way of life.

We source and curate medically researched information on the full spectrum of medical disciplines, health aspects and wellness dimensions – then we make it comprehensible in everyday language, summarizing and communicating multiple health perspectives made simple, and health knowledge made useful.

The beginning is a felt experience.

Perhaps it is only in moments when we are facing death that we come to realize the value of life with its many difficulties, potentials and joy. Such fully lived and experienced moments, framed and frozen in memory and in essence, actually capture eternity for us…

Years ago, a 19-year-old girl, bursting with youth and vitality, a top student with a sparkling future, was stricken with cancer.

Once the initial bombshell shock of the news had passed, she was overcome with anger that the world was so unfair, that she was so powerless and unable to control her own destiny.

What possible meaning could there be in life?

On a moonless, windy night she sped down the road on her motorcycle, thinking of her plight. The anger kept growing in her until, rounding a curve, she saw a SLOW sign.

She gave herself over to the consuming rage, sped up, and charged towards the sign… Girl, bike, and sign flew into the air.

The lights of a thousand homes glittered and twisted below, and in one brilliant instant, she realized… she did not want to die.

She embraced the darkness rushing towards her with arms stretched wide. A dull thumping sound followed as she landed with a taste of grass, mud, and blood mixed in her mouth. It was, indeed, a strange homecoming after reaching such great heights.

She looked up, relieved to see the stars from the correct perspective. Then everything just went black, and all she could hear were the fading sound of people running. 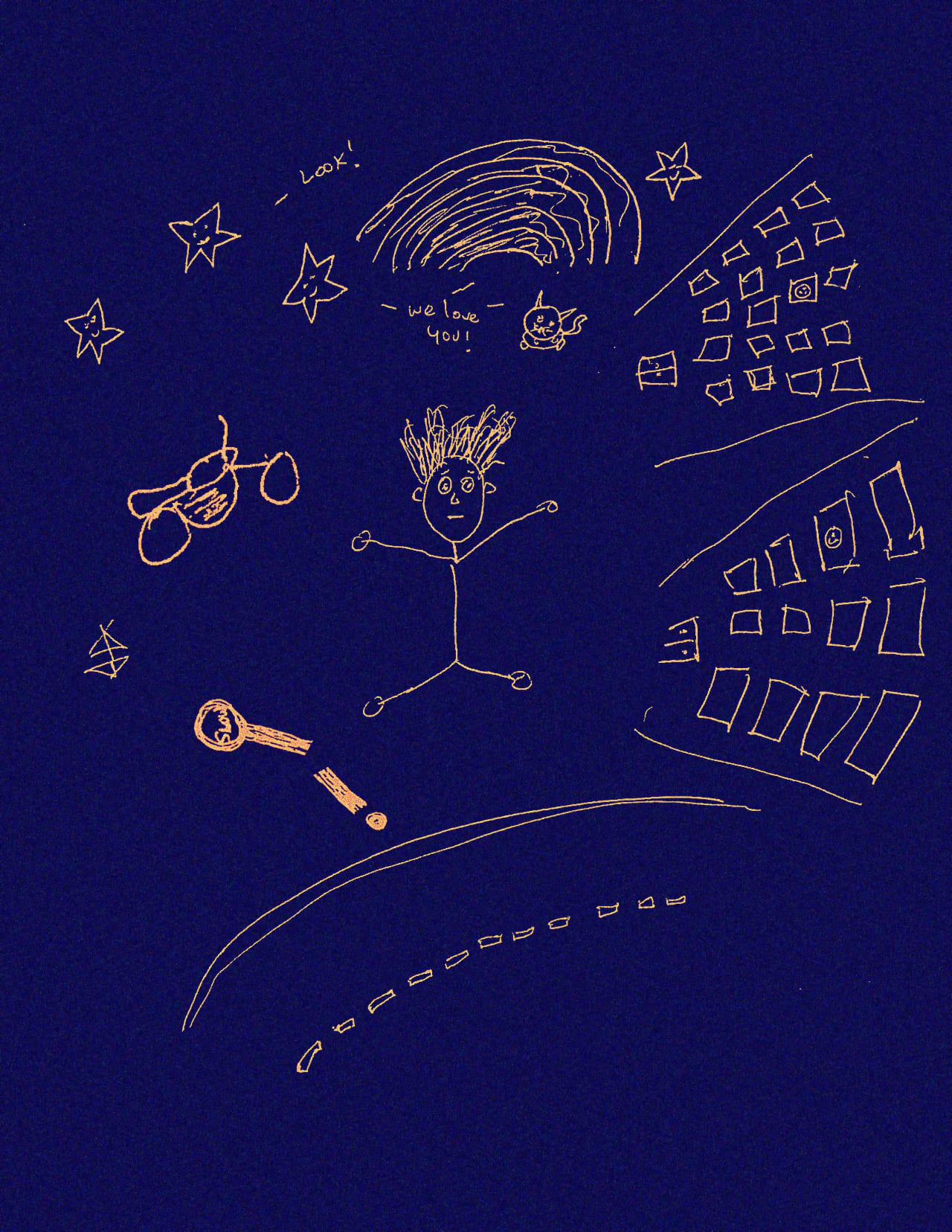 An awakening to the power of wellness.

When the girl woke up in the hospital, she asked for a cold cola drink. She savored every sip of it - it was simply the most marvellous beverage on earth. How could she have failed to notice this before?

On the day she was allowed to go home, she looked out the taxi window and realized for the first time that not all the leaves on the trees were the same. Never before had she seen so many shades of green. It fascinated her, and she smiled.

She was feeling well, even though she was still sick.

Well, everyone has to die. Nobody can overcome death.
>What is there to overcome then?

There were consequences after the landing, such as having to pay a hefty fine for the ruined SLOW sign. There were also many challenges on the healing journey.

But, she had been awakened to the realizations that she could feel well in sickness, … and that she could cope with life-threatening illness better when she was feeling well.

… In a fully lived felt experience, I captured the slow sign and eternity, with the landing leading to WellnessOptions.

We can choose wellness. Both in sickness and in health.

WellnessOptions is a trusted source of health knowledge.

2021 marks the twenty-first year of our endeavour. Lots have changed but more remains the same. Our core values, integrity, sincerity, and the dedication of our team of researchers, creative talents and professionals have stayed the same for 21 years.

Over the past decades, our demonstrated impact has extended beyond the general public and educated consumers, and includes medical and health professionals, and policy makers.

Here are some such examples.

WellnessOptions publications and periodicals are delivered digitally and/or in print.