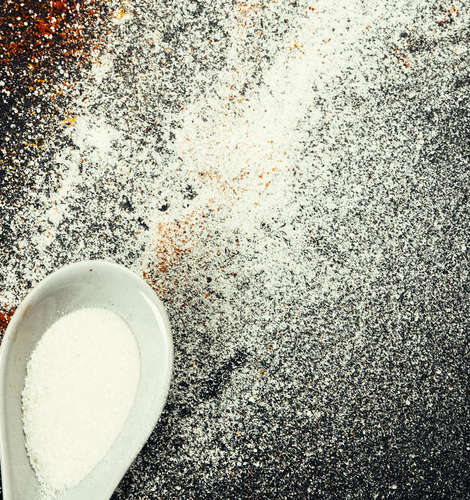 Researchers compared the compositions of gut microbiota of mice fed a high salt diet and those on a normal diet. Their findings were reported in the journal Nature.

The researchers found that by day 14, several microbial species were significantly decreased in high salt diet fed mice. They then identify the most important decreased bacterial groups and found that members of the beneficial genus Lactobacillus (Lactobacillus murinus, or L. murinus) were strongly affected.

In line with these findings, a small pilot study in healthy humans also found that increased salt intake reduces multiple Lactobacillus species of gut bacteria, accompanied by an increase in TH17 cells and elevated blood pressure.

High salt consumption associated with a Western lifestyle can lead to hypertension and cardiovascular disease. It may also drive autoimmunity by inducing pro-inflammatory T helper 17 (TH17) cells, which have also been linked to hypertension.

High blood pressure is a leading cause of cardiovascular disease and preventable death. It is an increasingly prevalent and costly global health burden. Processed foods and Western diet are packed with salt. Average daily sodium intake in the US is more than 3.4 grams (equivalent to 8.5g of table salt) while recommended intake is less than 2.3 g (5.8 g of salt).

Most studies show that excess sodium intake raises blood pressure in a dose-dependent manner. But blood pressure responses to salt are variable and detected in fewer than half of all study participants.

Known factors that contribute to varied responses include genetics, dietary intake of other nutrients such as potassium, and kidney disease. Response to sodium intake is also more pronounced in those with hypertension. Blood pressure control in humans is inadequately understood, and the contribution of dietary salt in particular is controversial.

As the role of gut microbiota in health and disease is becoming increasingly recognized, findings of this study highlight the gut microbiome as a potential therapeutic target to counteract salt-sensitive conditions.

The Max Delbruck Center for Molecular Medicine in the Helmholtz Association (MDC) website: