Speaking of risk…what do the numbers mean?

How are the claimed reduction in health risk calculated?

In news releases, pharmaceutical companies often tout the effectiveness of their drugs by using numbers from clinical trials. They make claims that, for example, Drug A reduced osteoporotic fractures by 70%, or Drug H reduced the risk of strokes in high risk persons by 33%.

To many readers in the general public, these numbers sound impressive and suggest that the drugs provide substantial benefit for the conditions for which they were developed.

The numbers almost always represent what is called the relative risk reduction (RRR). What exactly does this number mean?

This data can also be treated in terms of what is called the absolute risk reduction (ARR). This is the difference in the incidence of the disease in the placebo group and the drug-treated group. In our example, this is 40% minus 30% which gives an ARR of 10 %.

Thus, for every 100 people who took the drug for 5 years, 10 fewer (10%) than in the placebo group had heart attacks (NOT 25 fewer as some might mistakenly think from the RRR of 25%).In other words, the drug saved 10% of the subjects from heart attack.

Another way of looking at measurement of risk is the Number Needed to Treat (NNT). This number tells you the number of people who would have to be treated with the drug in order to have one person derive the expected benefit i.e avoiding a heart attack. The NNT is determined by dividing 100 by the ARR.

In our example of Drug K, this would be 100 divided by 10%, which equals 10. In other words, in order to have one person benefited from the drug, 10 persons would have to be treated.

Another aspect of data on risk

Let's look at another aspect of the use of data on risk. Suppose now that a clinical trial was done using subjects who had none of the known risks for heart attack (e.g. high blood pressure, diabetes, high cholesterol).

Two groups with 100 people in each were studied, with one group treated with drug K for 5 years, the other group received a placebo (see table). At the end of 5 years, 4 persons (4%) in the placebo group had suffered heart attacks while in the treated group, 3 people (3%) did.

The RRR for this study is 25%, (3 is 25% less than 4), the same as in the study mentioned above with persons with high cholesterol. But does this mean that even people who have no risk factors for heart disease will benefit to the same extent as those in the previous example?

The ARR in this study is 1% (4% minus 3%). The NNT is 100 divided by 1%, which is 100. This NNT says that in order to benefit one person who has none of the known risk factors for heart attack, 100 persons would have to be treated - put another way, 99 out of a hundred people who take drug K will not benefit as far as prevention of heart attack is concerned

So drug K is more beneficial to people with high cholesterol where the NNT is 10. In general, the lower the NNT, the more likely the drug or treatment in question produces a beneficial effect. Theoretically, an NNT of 1 means that every one treated will benefit.

The examples given are summarized in the table.

Drug or no drug?

NNT data can be used by physicians to help people make a decision regarding the use of a drug.

If you were a person with no known risk factors for heart disease, would you want to take a drug every day for 5 years on the chance that you will be the one person in 100 that benefits from the drug?

A decision in the matter should take into account the cost of the drug and its potential side effects. With regard to the latter, data would most likely be available for the ARR and the risk of harmful side effects to you. All medications, therapies and procedures carry some risks and potential side effects. Many people in this case might conclude that the risk reduction of heart attack is too small to take the drug for such a long time.

On the other hand, many people with high cholesterol where the NNT for drug K is 10, would probably decide that a one in 10 chance for benefit is worth taking, even with a small risk of side effects thrown into the calculation.

The real problem will be in deciding how low an NTT should be in order to justify treatment with a particular drug, therapy or procedure.

Social dimension of a health risk

While an individual may not agonize much over his own personal decision on a drug with an NNT of 100, there is a different dimension to the question when the decision for use of a particular drug (or medical procedure) has to be made by a governmental health system concerned with, perhaps, millions of citizens.

If the NNT for the drug is 100, then treating a population of, for example, 3 million people would potentially benefit about 30,000 citizens, a substantial number. But the decision to incur the cost to use the drug on this large scale needs to be weighted. It must be considered against the potential benefits, the potential adverse side effects, the possibility that many people would not take the drug provided to them, what effect the expenditures may have on other facets of the health system, and the consequences – both short and long term - of not providing this drug to those who might benefit from it. 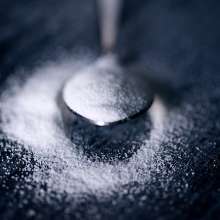 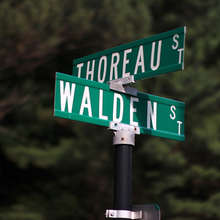 Nature is another name for health