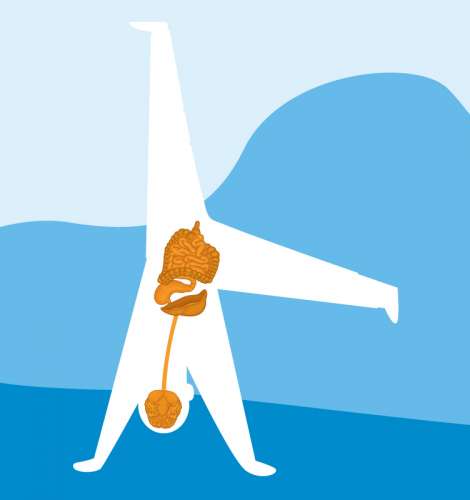 Strong evidence suggests that the gut microbiome plays a key role in the development and progression of many psychiatric and behavioral disorders including Attention-deficit/hyperactivity disorder (ADHD).

The gut microbiome of the ADHD population is different when compared to healthy individuals without the condition. Scientists suggest that gut microbial imbalance compromises the gut and brain barriers, which leads to chronic inflammation and neurotransmitter dysfunction, contributing to the development of ADHD.

Attention-deficit/hyperactivity disorder (ADHD) is a neurodevelopmental disorder that starts in childhood and can persist into adulthood.

World-wide prevalence of ADHD is estimated to be around 5% in children and 2.5% in adults. It is the most frequent neurobehavioral diagnosis in children.

ADHD is characterized by a persistent pattern of inattention and/or hyperactivity-impulsivity, and is associated with significant impairment of social, academic, and occupational functioning across the lifespan. During adolescence, hyperactive and impulsive symptoms decline in most individuals, whereas inattentive symptoms can remain or even increase toward adulthood.

ADHD is linked to various neuroregulators and neurotransmitters such as serotonin and dopamine (dopamine is especially important), and dysfunctions of both cognitive and social-affective brain networks.

Despite decades of research and many efforts, the exact etiology of ADHD still remains unknown.

Increasing evidence suggests that the gut environment, especially the gut microbiome (flora) plays a significant role in mental health. Although the gut-brain communication and function axis has long been established, it was only in the past decade that studies began to show that the development and regulation of this axis is dictated by the gut microbiome.

Many studies, both in animals and humans, have linked ADHD to gut microbiome.

Scientists suggest that an imbalance in gut microbiome can compromise gut wall barrier integrity, leading to chronic inflammation and disruption of important neurotransmitter functions, which may in turn lead to various psychiatric and behavioral conditions including ADHD.

How does the gut microbiota and the gut-brain axis work?

The gut microbiota is currently viewed as a key regulator of a fluent bi-directional communication between the gut and the brain (gut-brain axis referred above). This ‘enteric nervous system’ is connected to the central nervous system through hormonal and immune/inflammatory pathways.

The enteric nervous system uses more than 30 neurotransmitters. Many neurotransmitters are produced, or are already present, in the GI tract. For example, about 95% of all circulating neurotransmitter serotonin is produced by our gut microbiome, and about 50% of dopamine is found in the gut.

A number of preclinical studies have suggested that the microbiota and its genome (microbiome) play a key role in neurodevelopmental and neurodegenerative disorders.

Alterations in the gut microbiota composition in humans have been linked to a variety of neuropsychiatric conditions, including depression, autism, Parkinson's disease and ADHD.

Importantly, recent studies show that gut flora function as an important immunoregulatory and that an imbalance in the gut microbiota (dysbiosis) can have a negative effect on cerebral development and behavior.

Recently, researchers also studied whether transplantation of gut microbiome of persons, with and without ADHD, into mice would differentially modify the brain function and/or structure of the mice.

Taken together, all these studies demonstrated that altered microbial composition could be a driver of altered brain structure and function and concomitant changes in the animals' behavior. These findings may help to understand the mechanisms through which the gut microbiota contributes to the pathobiology of neurodevelopmental disorders.

Gut dysbiosis describes a microbial imbalance in which there is a shift from protective to pathogenic microbes in the gastrointestinal (GI)-tract.

Gut dysbiosis can lead to compromised GI-permeability, which leads to an increase in migration of pathogenic microbes and translocation of their materials into the systemic blood circulation, potentially resulting in systemic inflammation.

Systemic circulation of pathogenic microbes and their materials can, in turn, decrease the permeability of the blood-brain barrier, leading to inflammation of brain parenchyma.

Severe dysbiosis has been associated with chronic inflammatory intestinal disorders and psychiatric illnesses, such as schizophrenia, anxiety, depression, and ADHD. Patients with ADHD have increased levels of pro-inflammatory cytokines (IFN gamma and IL-6) in their blood serum.

Gut dysbiosis may contribute to the clinical phenotypes of ADHD. The ADHD population has a different gut microbial composition in comparison to healthy controls - for example, the phylum Actinobacteria is more and Firmicutes less abundant in ADHD patients.

The genus Bifidobacterium, belonging to the phylum Actinobacteria, seems to play a significant role in the pathogenesis of ADHD and is recurrently influenced by several factors. Bifidobacterium not only protects the barrier function in the gut and supports a healthy immune response, their presence also results in higher levels of dopamine.

Dopamine functions as a neurotransmitter in the brain and is associated with reward-motivated behavior and motor control. Dysfunction of the dopamine system can lead to numerous diseases and is known to be associated with ADHD and abnormally decreased reward anticipation pathways.

Some studies have suggested that gut microbiome-focused probiotic therapies may reverse dysbiosis, modulate brain neurodevelopment and activity, and improve cognition, mood and behavior due to their immunoregulatory and anti-inflammatory properties.

Understanding the microbiome and how the gut connects to the brain is important both for better comprehension of the biological bases that underlie some psychiatric disorders such as ADHD, and for the future development of new evidenced-based drugs for these conditions.

Research advances in relation to the association between gut microbiome and psychiatric and behavioral disorders in the last decade has been impressive. But it remains yet to be determined to what extent and how exactly our gut microbiome influences the development, progression, and phenotypes of ADHD.

Further research is much needed. In the meantime, microbiome-focused treatments have shown to yield some promising results for some patients. 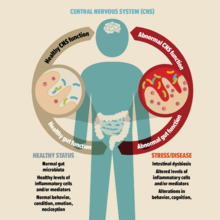 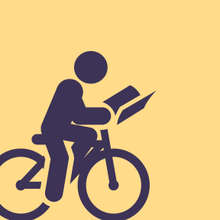