Tea (and alcohol?) for creativity 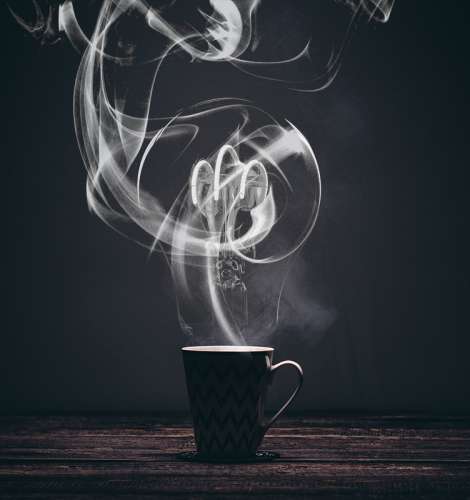 Tea drinking can significantly improve creative divergent thinking, the mental process that helps us explore and generate many ideas and solutions to a problem, researchers reported.

In another study that examined the effect of beer on creative thinking, researchers suggested that it all depends – on how intoxicated the thinker is, and what creative task is on hand.

Taken together, these studies showed that drinks for creative thoughts might be served, but there is not one drink for all types of creative thinking. Also, whether the cognition benefits can last and for how long is not clear.

Nonetheless, these studies contribute to our understanding of the complex relationship between beverage consumption and the improvement of human cognition.

Tea is the second most often drank daily beverage in the world. Studies have shown that tea has both physical health and cognition benefits.

Cognition includes perception and attention (primary level cognition), memory, emotion, language, decision, and thinking (higher level cognition). Among these processes, attention has been studied most in relation with tea drinking.

Studies have found that attention can be improved by drinking tea. This association is attributed to two ingredients, caffeine and L-theanine. Drinking tea that contain both ingredients improves speed and accuracy on memory tasks and reduces susceptibility to distractions - more than if the tea contains no L-theanine, or none of the two ingredients.

In experiment 1, block- building task to design a toy factory was used to measure divergent thinking. Experiment 2 was a creativity measurement task in which study participants were asked to name as many names as possible for a noodle shop.

Before each tasks in the experiments, participants were split into two groups and were given either water or tea. Concentration and temperature of the tea were kept the same for each participant in the tea group.

Even though participants only drank limited amount of tea (about half a cup) within a limited time (about 3 + 10 minutes), the same solid, consistent, and significant beneficial effect of tea was observed in both experiments.

Findings of this study are consistent with previous research showing that tea drinking is positively associated with creativity, and in this case, with divergent creativity in particular.

What about on tap?

Creative cognition is assumed to rely on both controlled, goal-directed mental processes as well as spontaneous, unrestrained insights. The interplay between controlled and spontaneous processes and their optimal balance differ among different creative tasks.

Participants of this study completed executive and creative cognition tasks before and after consuming either alcoholic beer or non-alcoholic beer. Results showed that mild reductions of cognitive control seem to benefit creative problem solving but not divergent creative thinking.

The researchers suggest that high cognitive control is relatively more important to divergent thinking than to convergent problem solving, which may actually suffer from too much focus and mental fixation (fail to restructure a problem even after many failed attempt to solve it).

Taken together, findings of the two studies show that drinks for creativity is all about options: choose what to drink for how to think creatively – converge? Or diverge?

It may also be interesting to examine the effects of drinking tea with alcohol…would it be the best of two drinks for creativity?