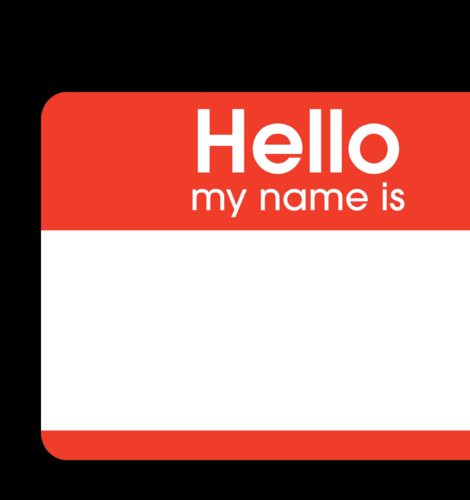 Not everything experienced is retained in memory. If it were, the brain would become a mental junkyard.

An extreme example of this is the journalist described by Russian psychiatrist A.R. Luria in his book The Mind of a Mnemonist. This man found it difﬁcult to understand a paragraph because his concentration was continuously disrupted by the ﬂood of memories triggered by reading. He even resorted to writing lists of things to forget! But to no avail.

Much of the information reaching the brain is transient and is forgotten to avoid a clutter of trivial, useless, and outdated information. For example, when you look for your car in the crowded parking lot of your favorite mall, it is a blessing that you don’t remember where you parked all the other times you were there before.

Sometimes memory can be a source of fear, anxiety, and pain. There are experiences we want to forget. For all the advantages of memory, some forgetting is normal and even necessary in order for us to get on with life.

What happens to a memory that is forgotten? Does it disappear from the brain completely? Or is it stored somewhere, just waiting for the right trigger to recall it?

In the 1950s, Montreal neurologist Wilder Penﬁeld reported some famous studies in which he electrically stimulated the exposed brains of hundreds of patients who were undergoing brain surgery.

In many cases, as their brains were being stimulated, they reported recalling events from decades before, which were forgotten.These results suggest that the memories had not been lost but were still stored and could be brought to consciousness by the proper stimulus.

However, some neuroscientists have questioned whether these patients were in fact recalling actual events that happened, or just imagined them.

Forgetting almost seems inevitable when one considers how the brain stores memories.

Most neuro- biologists now believe that an experience that leads to a memory causes the formation of new connections between nerve cells in the brain. Many neurons are involved, and together they make up a complex neural circuit that can be reactivated even years later to recreate the experience in memory.

But it is also known that connections between neurons in the brain can be lost or changed. The chemical activities that take place at the synapses can alter and modify how information is transmitted within the circuit. These processes may be responsible for the decline in vividness of a memory and eventually resulting in failure to recall the experience.

It is not clear if the brain must continuously rebuild the same circuits in order for a memory to persist.

How long a memory will persist before its details are forgotten can be inﬂuenced by the nature of the remembered experience and events following that experience.

Imagine that you dine every evening for two weeks at the city’s most exclusive restaurant. By the end of the second week, it is likely that you won’t remember details of your dining experience of the ﬁrst night.

When an event is followed by similar events, the details of each tend to blur and interfere with the memory of the earlier events. Forgetting is often due to this type of interference.

Everyone has had the experience of forgetting where he put his keys or eyeglasses or coffee cup just minutes before. This absentmindedness in a healthy person is a lapse in short term memory. It is almost always due to distraction or lack of attention.

Another memory problem that strikes all of us is the “tip-of-the-tongue” phenomenon – forgetting a word, the name of a song or movie, or most often and at the worst of times, the name of a person.

Studies have found that in 97% of such cases, the word or name will suddenly come to mind later. While these experiences are normal at all ages, they are more common as we grow older.

It is common that with the passage of time, memories naturally fade. Events and perceptions are often remembered with declining accuracy and detail, if not forgotten altogether. All that may ﬁnally remain of an experience is the notion that something happened.

There are a number of factors that appear to play a role in forgetting. Ageing is one, and indeed, forgetting is more common with ageing. But age does not affect all aspects of memory in the same way.

Increased forgetting of one’s general knowledge of the world and vocabulary does not usually show up until one’s 70s. But difﬁculty in recalling infrequently used names can begin after age 35.

By age 25, a gradual decline in spatial visualization skills begins. We become less adept at recognizing infrequently seen faces and ﬁnding one’s way to a familiar location from an unfamiliar direction.

Many studies comparing memory in healthy individuals of different ages show that older adults do not learn lists of words in a memory test as well as those who are younger.

However some psychologists suggest that the tests used to evaluate memory in the elderly are biased towards the young, and that under the right circumstances, the elderly can summon more memory reserves than the tests indicate.

In one study, residents of a nursing home scored higher on short term memory tests if given some simple reward as compared with residents who were not rewarded.

Even though there was more memory decline in the 60s and 70s groups, about 20% of 70 year olds were still able to memorize word lists as well as college students.

Some studies suggest that whenever a long term memory is recalled, it becomes fragile and subject to be changed or erased. Why should this be?

The researchers believe that for a retrieved memory to be preserved, it must undergo a re-storage process called reconsolidation, which is similar to the process that created the memory in the ﬁrst place.

Reconsolidation takes place over a few hours, during which various factors may interfere with the process and lead to loss of that particular memory. This ﬁnding has signiﬁcance for psychotherapy, for example in the treatment of post-traumatic stress disorder (PTSD) or anxiety conditions.

For affected individuals, certain triggers induce recall of a traumatic, unwanted memory that they have difﬁculty forgetting. If a way can be found to interfere with the reconsolidation process, it may be possible to sufﬁciently disrupt a particular memory to lessen its effects or even eliminate it.