Peppers may protect against Parkinson's 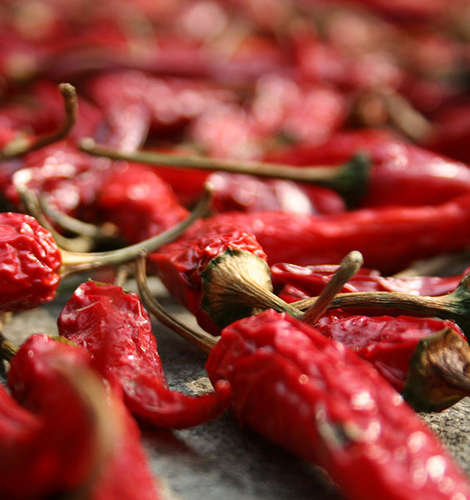 Eating foods that contain even a small amount of dietary nicotine, such as peppers, may reduce the risk of developing Parkinson's, the American Neurological Association journal reports.

New research shows that eating foods from the Solanaceae family, which are edible sources of small amounts of nicotine, may provide protection against Parkinson’s disease. The study was published in the Annals of Neurology, official journal of the American Neurological Association and Child Neurology Society.

Parkinson's disease is a movement disorder caused by a loss of brain cells that produce dopamine. Symptoms include facial, hand, arm, and leg tremors, stiffness in the limbs, loss of balance, and slower overall movement. Currently, there is no cure for Parkinson’s, but symptoms are treated with medications and procedures such as deep brain stimulation.

Nearly one million Americans have Parkinson’s; with 60,000 new cases diagnosed in the US each year. There are almost 10 million individuals worldwide who live with this disease, according to the Parkinson’s Disease Foundation.

The most consistent findings from epidemiological (population-based) research on external factors associated with Parkinson’s have been reduced risks related to cigarette smoking and the use of other forms of tobacco.

However, experts have not confirmed if nicotine or other components in tobacco provide a protective effect, or if people who develop Parkinson's disease are simply less apt to use tobacco.

Other studies have also reported reduced risks of developing Parkinson’s with consumptions of tomato, potato and a Mediterranean diet.

In this recent population-based study, researchers from the University of Washington in Seattle focused on consumption of dietary nicotine from Solanaceae foods.

They recruited 490 patients newly diagnosed with Parkinson’s disease at the university’s Neurology Clinic or a regional health maintenance organization, Group Health Cooperative. Another 644 unrelated individuals without neurological conditions participated as controls. Questionnaires were used to assess participants’ lifetime diets and tobacco use.

Study data show that as consumption of edible Solanaceae foods increased, the risk of Parkinson’s decreased. The strongest protective association is observed with consumption of peppers.

Researchers observed no protective association between Parkinson’s and the combined frequency of consumption of non-Solanaceae vegetables. Also, the Parkinson’s and Solanaceae protective association was largely confined to men and women who never used tobacco or did so only for a short period of time,  indicating demonstrated effects in this study were specific to the Solanaceae foods containing dietary nicotine. 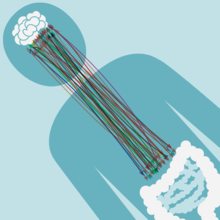