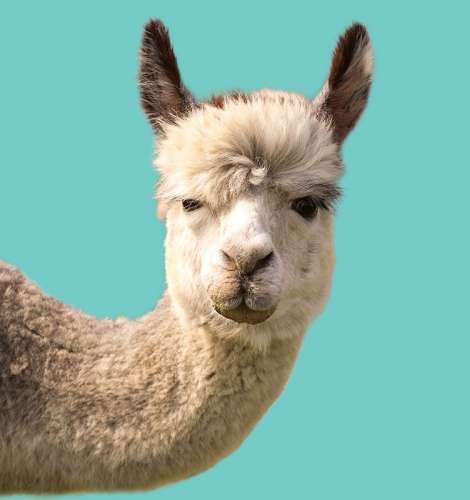 Teams of scientists are developing therapies for COVID-19 infection using llama’s antibodies, which have several advantages over conventional (or human) antibodies.

Camelid species such as llamas, alpacas and camels produce two types of antibodies when invading viruses or bacteria are detected. One of these antibodies is similar to human antibodies but the other one is much smaller, only about 25% in size.

The smaller antibodies are called single-domain antibodies or nanobodies. Due to their smaller size, nanobodies can target relevant proteins more effectively to stop the virus from attaching to host cells and spreading. They can be nebulized and used in an inhaler, so can be administered easily.

Each type of conventional antibody is a large compound consisting of chains of molecules, some parts of which always remain the same with other regions varying between different specific types of antibodies.

By contrast, nanobodies consist only of the variable regions of the molecular chain (called VHH).

The VHH region is the “weapon” part of the molecule, responsible for binding to a specific invader it was created to fight. So nanobodies can have similar neutralizing functions as their larger antibody relatives, but without the extra baggage to carry around. As a result, they can access targets that conventional antibodies cannot reach, and they can better avoid the detection of the viruses.

Nanobodies are also more stable in response to heat or chemical attack, enabling them to bind to and stabilize protein molecules more reliably.

Another team identified and characterized two closely related nanobodies (H11-H4 and H11-D4) that can block the attachment of the COVID-19 virus spike to host cell surface receptor ACE2 in cell culture. They linked two copies of a special kind of antibody produced by llamas to create a new antibody, and showed that it binds tightly to spike protein on the COVID-19 virus, blocking the viruses’ entry and stopping them from infecting the cell (see figure).

In another study, a team of international scientists also report that two copies of a type of antibody produced by llamas could make a new antibody that can effectively bind to the proteins of the virus and neutralize it, similar to the effects shown in the other studies.

In China, a team of researchers at the Chinese Academy of Sciences report the efficacy of synthetic nanobodies in neutralizing the novel coronavirus (using pseudo-viruses, which are synthetic viruses used to inject genetic material into bacterial and eukaryotic cells). These synthetic nanobodies may be further developed into therapies to combat COVID-19.

Taken together, these studies are showing that nanobodies from llamas may help in the development of therapies to fight COVID-19 infection.

Nanobodies are versatile molecules that can be used in many therapeutic, diagnostic, research applications besides as therapeutics for COVID-19.