Is it in their faces? Or in our mind? 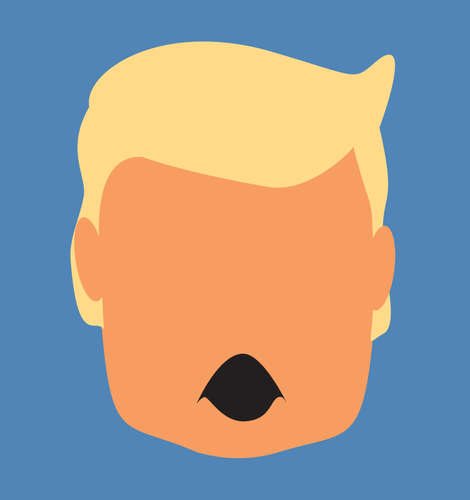 When we see a face, are we seeing features of the face? Or is the visual information we process already shaped by our social associations, or stereotypes?

By relating subjective perception of faces both to social knowledge stereotypes and to measured brain responses, scientist recently shed some light on these questions.

They also demonstrated the interaction of visual processing and stereotyping in two brain areas: the fusiform gyrus, and the orbitofrontal cortex. These findings were reported in the journal Nature Neuroscience.

When we look at a face, we perceive more than just visual features. We also form an impression, which reflects our prior knowledge, expectations, concepts, and associations of social categories – stereotypes.

These stereotypes facilitate, and often oversimplify, the way we perceive our social environment, and cause different social categories to be linked or entangled. For example, faces of one race may be more associated with negative facial expressions than the other.

Each social category, such as sex, race, and age is distinct and separate in reality. So the traditional view of neuroscience is that each category is characterized in the brain independently.

Recent research, however, argued that neural representations of social categories might be inherently intertwined because shared conceptual knowledge related to two distinct categories can cause them to become fundamentally entangled.

When participants responded, they dragged computer mouse to one of two options on the screen (happy or angry). By measuring the subtle deviations in the trajectory of the cursor towards the incorrect options, researchers could determine how stereotypes influenced perception of a given category.

Using fMRI, researchers also observed brain responses corresponding to these stereotypes in the fusiform gyrus and the orbitofrontal cortex.

From the different data collected, the researchers suggested that neural links of the social categories were not due to similarities in the visual features of the faces.

The links (stereotypes) seems to be in our minds rather than in the features of the faces we are looking at.