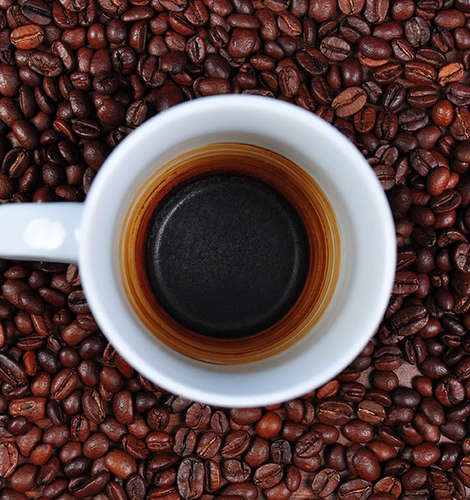 Coffee may be a good source of food against AD because of a component in coffee that synergizes with caffeine to enhance blood levels of a protein GCSF, resulting in multiple therapeutic actions against AD.

Latest study on human participants seems to confirm previous studies that high intakes of caffeinated coffee during and after mid-life may reduce the risk of Alzheimer's disease (AD), or delay AD on-set.

Previous studies in mice prone to the development of AD have shown that long-term caffeine consumption markedly reduced blood and brain levels of beta-amyloid protein that contributes to AD, and protected against cognitive impairment.

Because in addition to caffeine, coffee may contain other constituents that might have provided cognitive benefits against AD, researchers also examined in mice studies the effects of caffeinated and decaffeinated coffee on plasma cytokines, and compared results with those produced by the administration of caffeine solution alone. Cytokines are proteins that carry signals between cells and are known to play a critical role in the progression and development of AD.

These studies show that administering caffeinated coffee to AD-susceptible mice resulted in improved performance in working memory. It also greatly and specifically increased plasma levels of a critical protein called granulocyte-colony stimulating factor (GCSF) that seems to help delay the development of AD, as well as proteins IL-10 and IL-6.

But neither caffeine solution alone, which provided high plasma caffeine levels, or decaffeinated coffee provide similar beneficial effects. Researchers therefore suggest that an unknown ingredient in coffee might have teamed up with coffee caffeine to stimulate blood levels of GCSF. Even though how this increase occurred is not understood, it has important implications since improved memory performance was associated only with increased plasma GCSF levels among all cytokines tested.

Because certain coffee component synergies with caffeine to enhance plasma GCSF levels resulting in multiple therapeutic protections against AD, researchers suggest that moderate consumption of caffeinated coffee may be a protective food source. They also suggested that GCSF might have employed three mechanism to suppress beta-amyloid protein production leading to improvement of cognitive performance.

These mechanisms are: "recruitment of microglia" where it brings stem cells from bone marrow to enter the brain and mop up the harmful amyloid beta protein; "synaptogenesis" where it creates new connections between brain cells; and "neurogenesis" where it increases the birth of new brain cells or neurons in the brain.

Although previous studies were conducted in mice, the latest results of human clinical test suggest that caffeine in coffee have protective effects similar to those occurred in mice.

Researchers concluded that moderate coffee consumption can appreciably reduce risk of AD or delay its onset, but not necessarily prevent it. They suggested that the best age to start moderate daily consumption of caffeinated coffee to protect against AD is around age 30 to 50, while starting later also appears to be benefitial.